From the Autumn Issue of the electronic “Salaam Quarterly Bulletin”, No.43, November 2022

Western countries have strongly condemned Russia’s invasion of Ukraine in February and have continued to provide political and military support to Ukraine. Although this is a clear aggression against another country and a change of status quo that defies international law, many countries in the Middle East, Africa, and Asia have been reluctant to condemn Russia or have taken a neutral stance. The same is true of the Persian Gulf states, which have been regarded as pro-U.S.
The United Arab Emirates (UAE) abstained from voting on the resolution condemning Russia at the UN Security Council meeting held on February 25 in response to the invasion. Kuwait and Turkey voted in favor. The UAE has long had close economic ties with Russia, and is a well-known destination for wealthy Russians. So UAE may have seen it as unwise to worsen relations with Russia.

Middle Eastern and North African Countries’ Responses to the Vote

Dr. Abdulkhaleq Abdulla: Dr. Abdulkhaleq Abdulla is a UAE national born in 1953. He holds a PhD in Political Science from The Georgetown University. He is a former professor of political science and a Chairman of the Arab Council for Social Science (www.theacss.org) and served as director of the Gulf Research Unit, Sharjah for 10 years. He was a visiting professor at The Georgetown University’s Center for Contemporary Arab Studies. His most recent books are “The Impact of the Arab Spring on GCC Countries,” “Socio-Political Issues of the Arab Gulf Moment,” and “The GCC at the Crossroads.”

Abdulhalek Abdullah, a professor of political science in the UAE and a visiting scholar at Harvard University, noted that the UAE’s abstention was not for political reasons, but because the UAE as a non-permanent member of the Security Council “represents all of Asia and the entire Arab world.” His position is that the decision is not based solely on the interests of the UAE.
Meanwhile, at the UN General Assembly meeting March 2, the UAE voted in favor of a resolution condemning the invasion. This is the UAE’s legal position on the invasion. A total of 166 countries voted in favor of the resolution, 14 Middle East and North Africa (MENA) countries voted in favor of it, with only Syria voting against it, Algeria, Iran, and Iraq abstaining, and one country not voting.
On the other hand, from the perspective of the Arab Gulf states, the picture is different. From the perspective of the entire region, including the Gulf, the invasion of Ukraine is “a European problem, and we don’t want to get involved” (Dr. Abdullah). Economically, Russia is a member of the Organization of Petroleum Exporting Countries (OPEC) Plus and has interests with the Gulf oil-producing countries, forcing it to take a neutral approach.
Mr. Abdullah said that “Russian President Vladimir Putin, unlike the West and especially the United States, has paid respect to Gulf leaders and built personal relationships with them,” and he believes that the trust built on a one-to-one basis in Arab society, where “personal connections” matter, also influenced the Arab countries’ response to the invasion.
Historically, there has been a deep-rooted distrust of the United States in MENA. This is partly due to U.S.-Israeli relations, and partly due to the way the U.S. has responded to Iraq and Afghanistan. This is probably why there is strong popular support in the Middle East for Putin’s stand against the U.S. and other Western powers.
Dr. Abdullah notes, “The winners and losers in the Middle East are already clear. The winners are the six Gulf Arab states: Saudi Arabia, Kuwait, Bahrain, Qatar, UAE, and Oman. The “economic and strategic value of their countries” has increased due to the surge in oil and gas prices following the invasion of Ukraine. The losers, on the other hand, are Lebanon, Egypt, and other countries that were dependent on Ukrainian wheat.

U.S. President Joe Biden has shown little interest in the Middle East since he took office. This is due to his declining dependence on Gulf oil and gas and his shift to Asia to counter the rising China, but this summer he visited Saudi Arabia, which he had initially criticized as a “pariah” state due to concerns about human rights abuses, and temporarily shelved the human rights issue. 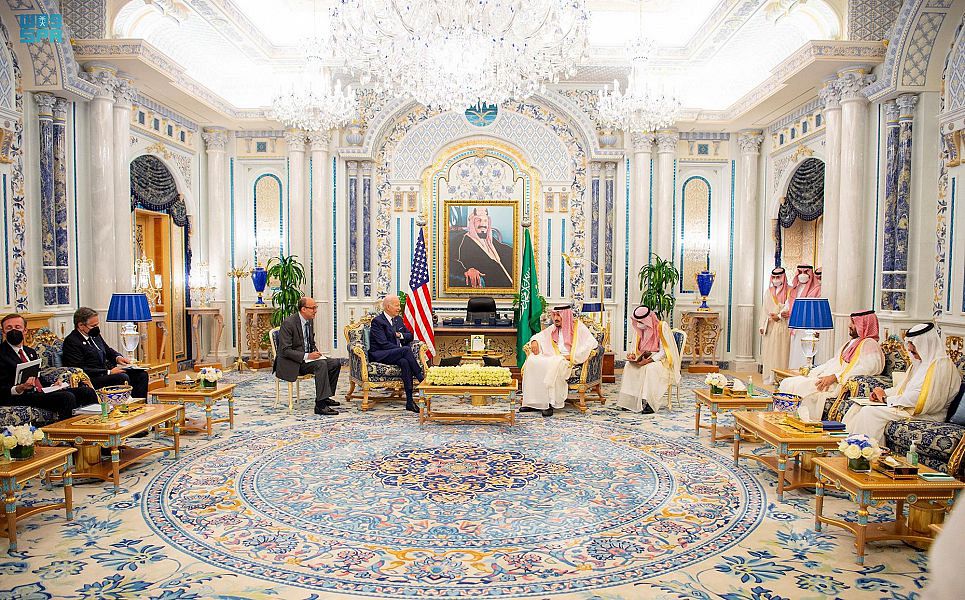 However, Dr. Abdullah points out that his visit to the Middle East “did not produce any results.” Above all, the failure to secure a commitment to increase oil production was significant. Biden is under pressure to deal with inflation in the U.S. in the wake of Russia’s invasion of Ukraine and other factors, and keeping oil prices down should have been his top priority. However, in October, OPEC Plus agreed to cut production by 2 million barrels per day, ignoring the U.S. request. On the other hand, Saudi Arabia approved passage of its airspace of flights from Israel during Biden’s visit to the Middle East. The U.S. administration has welcomed this as a sign of Saudi Arabia’s conciliatory attitude toward Israel.

Israel and the Gulf States’ Desire for Peace

Israel has not criticized Russia over its invasion of Ukraine. Dr. Abdullah points out that this is because “there are many Russian Jews who have great influence in Israeli politics.”
It is believed that Saudi Arabia allowed Israeli planes to pass through its airspace because of Israel’s concession over two islands in the Strait of Tiran. The islands of Tiran and Sanafir, whose possession had been disputed between Egypt and Saudi Arabia, were decided to be returned to Saudi Arabia in 2017. However, since the return of the islands required approval from Israel based on the Israel-Egypt Peace Treaty, Israel is believed to have made concessions. 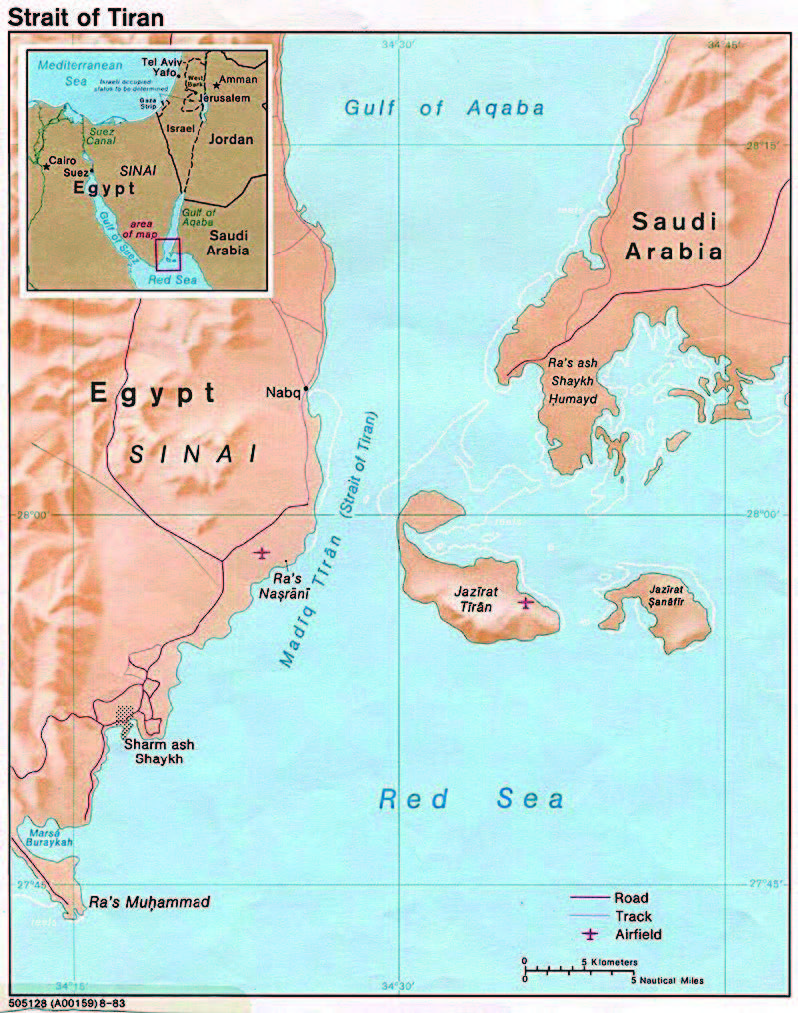 Both Saudi Arabia and Israel are believed to have been seeking to improve relations behind the scenes since the 2010s. The benefits to both countries from the establishment of diplomatic relations, including tourism, technology, and security, are significant. The UAE, Bahrain, and Morocco have agreed to establish diplomatic relations with Israel through the 2020 “Abraham Accords Peace Agreement,” and exchanges of people and goods are already taking place actively.
After resigning from office, former President Trump recalled that diplomatic relations between Saudi Arabia and Israel were close to be established, and the day may not be far off when the two countries, long sworn enemies, will recognize each other.

1. Aug. 2022 Former Prime MinisterShinzo Abe, who made Japan credible as a global peaceful nation.
1. May. 2022 Warfare in the New Era:Digital Strategies as Deterrence Enhancement
11. Feb. 2022 Deepening and Expanding the Japan-US Alliance is the Way to Overcome China’s Communist
11. Nov. 2021 Free and Open Indo-Pacific Initiative and Afghan Problems
11. Aug. 2021 Peace in the Middle East and Japan: On the Occasion of the 30th Anniversary of the Gulf War
11. May. 2021 “Free and Open Indo-Pacific” for which global support is expanding
11. Feb. 2021 Thorium Molten Salt Reactors That Open the Gate of the Second Atomic Energy Age
11. Nov. 2020 Seriousness of Pompeo’s View on China and Subsequent Policy
11. Aug. 2020 Japan to set sail for full-scale peace diplomacy to the Middle East (3)
11. May. 2020 Japan to set sail for full-scale peace diplomacy to the Middle East (2)
11. Mar. 2020 Japan to set sail for full-scale peace diplomacy to the Middle East (1)
11. Nov. 2019 e-sports featured as a cultural project in the National Sports Festival
11. Aug. 2019 Status of Crude Oil Prices
11. May. 2019 Polygamy debate in Egypt: Statement of Ahmed el-Tayeb, Grand Imam of al-Azhar, supreme authority of Sunni
11. Feb. 2019 Year 2018 turned out to be the first year of e-sports
11. Nov. 2018 Trends in world economy and crude oil price in a Goldilocks economy
11. Aug. 2018 Full-scale launch of the plan to make programming education for e.s. compulsory by 2020
11. May 2018 President el-Sisi’s achievements over the past four years and prospects for the next four years
11. Feb. 2018 ESports getting prevalent in the Middle East ― To be an official athletic event from 2022 Asian Games
11. Aug. 2017 Aggressiveness of Islam and Imam’s anti-terrorism declaration
11. May 2017 Countdown to the destruction of the Islamic State of Iraq and Syria (ISIS)
11. Feb. 2017 Trump administration’s policy toward the Middle East
11. Nov. 2016 25 years after the end of Gulf – “Meeting of supreme Islamic leaders”
11. Aug. 2016 Announcement of the construction plan of the bridge between Saudi Arabia and Egypt across the Red Sea
11. May 2016 Deepened international collaboration for destruction of ISIL: Desired outcome of G7 Summit
11. Feb. 2016 Saudi Arabia vs Iran, Crucial moment
11. Aug. 2015 The results of international encirclement against the militant group, the Islamic State and the future challenges
11. May 2015 The GCC DAYS IN JAPAN held in Tokyo April 22-24, 2015
11. Feb. 2015 The limitation of the Arab Spring ― Egypt and Tunisia after the Arab Spring
11. Nov. 2014 3 Months from the Islamic State Shock – Change of US Strategy for Air-Strikes and Encirclement
11. Aug. 2014 High expectation for Egypt’s el-Sisi administration’s efforts in mediating ceasefire
11. May 2014 Kuwait’s enthusiastic assistance for recovery from Great East Japan Earthquakes
11. Feb. 2014 Roadmap to Democratization of Egypt
11. Nov. 2013 Era in which “Live Healthy” is contribution to the society
11. Aug. 2013 Public speech of Ms. Sara Akbar
11. May 2013 Merits and demerits of the US-Iraq War
11. Feb. 2013 Expectation for Prime Minister Abe to implement the best energy policy