Seriousness of Pompeo’s View on China and Subsequent Policy

From the Winter Issue of the electronic “Salaam Quarterly Bulletin”, No.35, November 2020 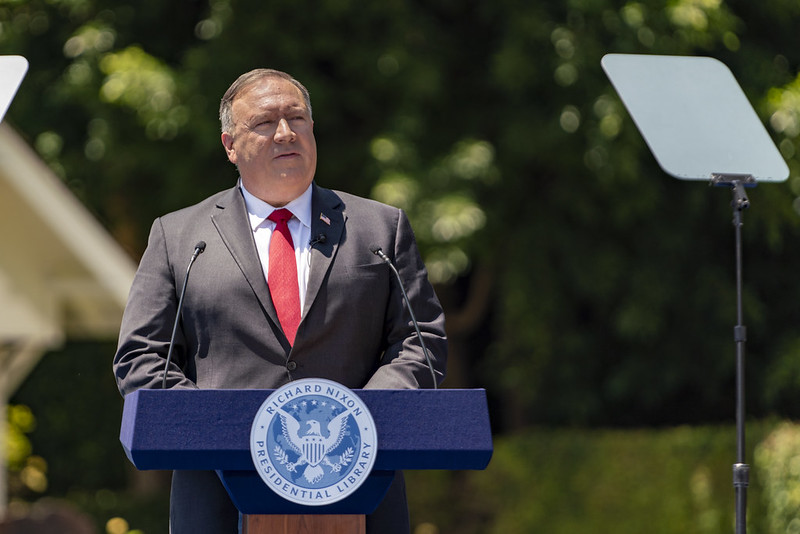 US Secretary of State Pompeo addressing at the Nixon Presidential Library in California (from Mr. Pompeo’s Twitter posts)

In a speech he made in California in July, US Secretary of State Pompeo declared that he would completely break away from the “engagement policy” that prioritizes China’s economic development, signaling the direction of the long-term US policy toward China. He emphasized that the Chinese Communist Party government is a system based on Marxism-Leninism. He clarified his view that the essence of the US-China conflict is a battle over the values of “freedom” vs. “communism.”

Evolution of the view on the US-China conflict as a conflict of values of “freedom” vs. “communism”

Since June, the Trump administration has strongly condemned China in a series of speeches given by high-ranking officials and has launched hardline measures against China one after another.
Prior to Mr. Pompeo’s speech, White House National Security Advisor Robert O’Brien, Director of the Federal Bureau of Investigation (FBI) Christopher Wray, and Attorney General William Barr have delivered a series of speeches criticizing China since late June. They each strongly condemned the Chinese Communist Party’s Marxist ideology, espionage, and overseas influence operations. Vice President Pence also delivered a speech criticizing China two years ago and October last year, and the administration has continued to make efforts for policy changes.
The United States’ increasing focus on the differences in political system and ideology between China and the United States was largely triggered by the pandemic of the new coronavirus that started in Wuhan, China.
The Chinese Communist Party administration tried to conceal it by punishing a doctor who warned of the danger of the new coronavirus and other actions by the state power. After that, China ignored concerns expressed by the international community and continued to crack down on Uighurs and others. In June, China forced the introduction of the “Hong Kong National Security Law” to crack down on anti-government activities in Hong Kong. These actions exposed the essential nature of the Communist Party government, which disregards human rights.

Within the Trump administration, hawks have taken the leading role in policy toward China. President Trump, who previously placed emphasis on a trade agreement with China to correct unfair trade relations, has stiffened his attitude toward China. He even mentioned the possibility of breaking diplomatic ties with China on the corona issue.
The Trump administration is also increasing pressure on China through hardline measures such as the closure of the Chinese Consulate General in Texas, the denial of Chinese territorial claims in the South China Sea, and the visit of the Secretary of Health and Human Services to Taiwan. 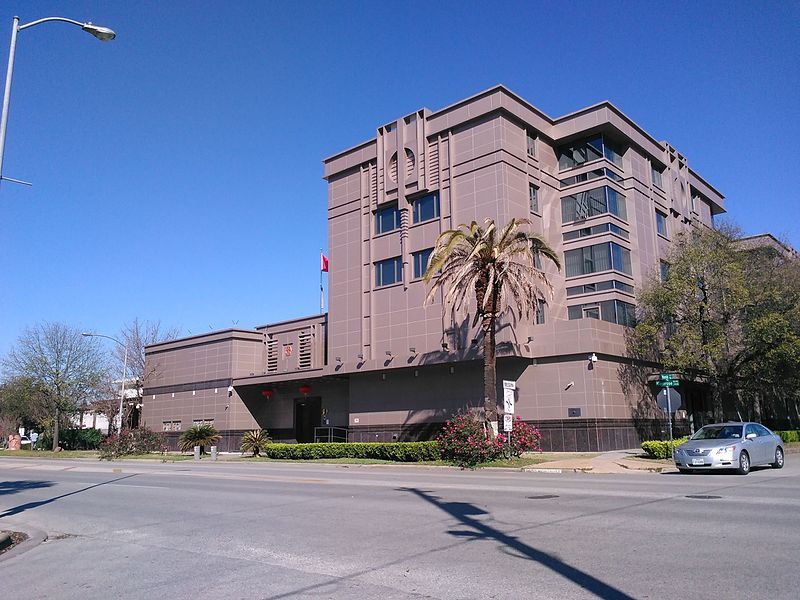 Former Consulate General of China in Houston, photographed in 2015 (from Wikipedia)

This hardline posture toward China is more than just election tactics. According to the New York Times, hawks within the administration are trying to make a “irreversible shift” in the policy toward China through a series of hardline measures, regardless of the outcome of the next presidential election. In addition, the ultimate goal of the hawks is to make widespread and fierce confrontation with the Chinese Communist Party a norm to hedge against the possibility of Mr. Trump losing the election.

Negative US public opinion on China 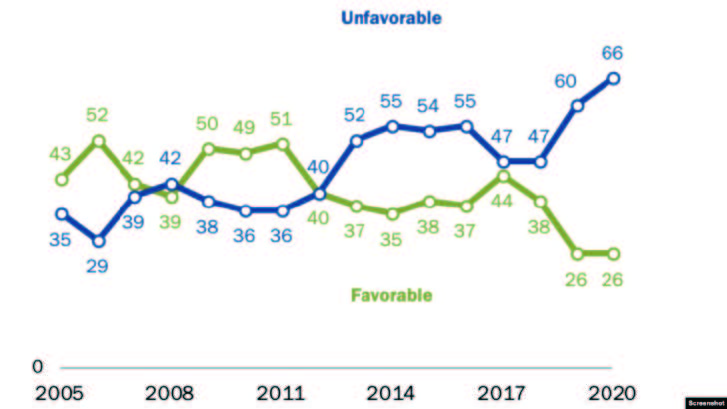 The harsh view of China has spread among US voters and that is also reinforcing hardline measures against China.
According to the opinion poll released by the Pew Research Center on July 30, 73% of respondents had a bad impression of China, up 26 points from two years ago. 77% trust Chinese President Xi Jinping little, or not at all.
78% believe that China has considerable responsibility for causing the new Corona pandemic. 73% said the United States should urge China to improve its human rights situation, even if it adversely affects the economic relationship between the two countries.
American people’s critical view on China’s responsibility for the spread of the new corona and human rights violations is in the background of the US government’s hardline stance toward China.

Since the United States established diplomatic relations with China in 1978, it has promoted an engagement policy based on the expectation that China’s economic development will naturally lead to democratization inside China.
However, despite China’s economic prosperity, China’s domestic control has intensified, and it has come to threaten the international order based on the rule of law centered on the United States.
Furthermore, the Chinese Communist Party has increased its surveillance of Chinese overseas, and has infiltrated into US universities, research institutes, think tanks, the media, and the political world. The reality of China’s diverse external operations has also been revealed.
Given this situation, the idea that the United States should focused on China as the greatest threat in its foreign policy has gained widespread support among members of the US Congress and foreign policy experts.

There is a strong view that even if former Vice President Biden, a Democratic presidential candidate, becomes president, the hard line will generally continue. It is worth noting that Mr. Biden has shown a policy of rigorously addressing human rights issues in China, such as crackdowns on Uighurs and Tibetans, and emphasizes cooperation with democracies.
Professor Andrew Nathan of Columbia University, who specializes in Chinese politics and foreign policy, pointed out in an article released in late September, “The awareness that US-China relations are a conflict of fundamental value systems is unlikely to be weakened even if the Biden administration is born.” He emphasized, “Most Americans and many Chinese have come to view that human rights issues, which used to be just one area of the wide-ranging US policy toward China, are now at the heart of comprehensive ideological conflict.”