Ms. Akbar is a Kuwaiti hero. She is also the CEO of the Kuwait Energy Company.

From the electronic “Salaam Qurterly Bulletin” No.7, August 2013.

Ms. Sara Akbar, a famous Kuwaiti hero, visited Japan and gave public speeches titled “Women Who Brings About a Change.”
Overcoming Devastation, on the Road to Recovery” in Tokyo and Hiroshima on July 6 and 8 respectively. During the Gulf War, the Iraqi forces bombed oil wells in Kuwait as they retreated from Kuwait under the direction from then President Saddam Hussein. 700 oil wells in Kuwait went up in flames and the sky was covered in smoke. It was pitch dark even at 2 pm and the visibility was only 30 meters even when car headlights were turned on. The Red Adair Service and Marine Company, the US company which took part in extinguishing the oil well fires reportedly jected that it may take more than 4 or 5 years to extinguish the fires of all oil wells. With desperate firefighting efforts, the fires of all oil wells were extinguished in 9 months. Behind the speed of the firefighting activities which far exceeded the projection, there were efforts by Ms. Sara Akbar who played a major role in extinguishing the fires. 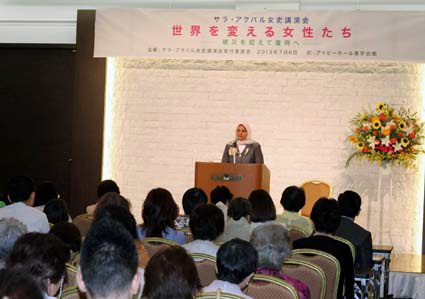 I am here to share with you my experiences as a young petroleum engineer in Kuwait during the Iraq Invasion, and how these experiences have shaped me as a person and influenced my career. I want to talk about how I became an engineer in the field for the Kuwait Oil Company, right up until the invasion of Kuwait by Iraq in 1990. Then I will share some of my experiences of the invasion, including fighting the oil fires in the aftermath; how we felt, how we survived and came to work and fight for our country. 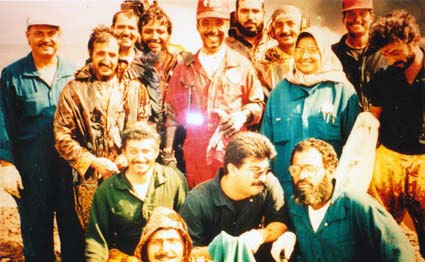 A female engineer
At the Kuwait Oil Company it was a very structured program for training. When you joined, the Company took you through various departments for two years; they call this ‘underdevelopment training.’ I started in the Geology Department, I just loved it. I loved the science. I was a very dedicated hard worker from the beginning. I wanted to understand, I wanted to learn as fast as I could. So when I was about to finish the two years of my training, the last department I worked with was the petroleum department. There was a course for three months to become a driller in the field, and because I was in the drilling department at that time and I saw the opportunity, I asked for it. I think I was the only woman ever who got into that kind of workshop dedicated to all the drillers, as they’re mostly men, but I did it. But then I realized that if I wanted to be a good engineer and to practice engineering I had to be in the field. I wanted to be in the field, I didn’t want to be in the office. (to be continued into the electronic “Salaam Quarterly Bulletin” No.7)