Era in which "Live Healthy" is contribution to the society

Decision on Tokyo Olympics provides the fourth arrow to Abenomics. 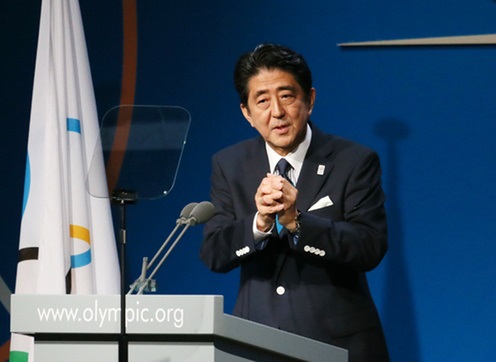 One year has passed since the second Abe administration came into power on December 26, 2012. Immediately after formation of the cabinet, the administration launched so-called Abenomics, the economic policy consisting of three arrows, "escape from deflation spiral by a large-scale quantitative easing," "agile fiscal policy to stimulate public investment to enhance the national infrastructure," and "growth strategy to stimulate private investment through deregulations," quickly achieving yen devaluation and high stock prices.

Overseas institutional investors started to visit Japan more frequently since the end of last year, and securities companies have been sponsoring increasingly large-scale conferences for institutional investors. The mindset of Japanese people is changing greatly, and the stock price level has increased by 70% in the past one year. (The closing price of the Nikkei Stock Average was 8,664.73 yen on November 14, 2012 when former Prime Minister Noda announced dissolution of the Diet.) As individual consumption started to increase, a decision to hold the Olympics in Tokyo in 2020 was made, heightening the expectation that it will serve as the forth arrow of Abenomics and create economic effects. People throughout Japan came to have hope for the future and started to move forward.

Japan’s government budget deficit has been rapidly accumulated for more than 20 years since the collapse of bubble economy, and it cannot be eliminated overnight. (To be continued into the electronic “Salaam Quarterly Bulletin” No.8)