By Ryutaro Minami, Cairo based journalist 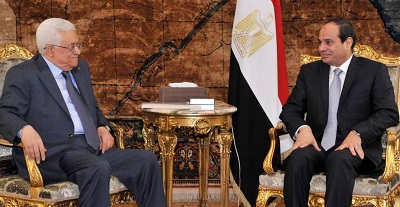 The large-scale clashes between Israel and Hamas in the middle of June were apparently triggered by abduction and murder of three Israeli boys by Hamas, Islamic extremist group in Palestine. Israel accepted the ceasefire proposal presented by the Egyptian government on July 14, but Hamas rejected it. Because Hamas continued attacking Israel with rockets, Israel invaded Gaza in the night of July 17. Israel’s aim was to destroy network of secret underground tunnels dug from Gaza to Israel and military bases from which rockets were launched. In response, Hamas used local residents as “human shields”, and victimized residents increased. As of July 20, the number of Palestinians killed reached 370 and the number of Palestinians injured reached 2,600. The death toll on Israeli side reached almost 10. It is increasingly unclear how long the battle is going to continue. July 20, Cairo
By Ryutaro Minami

Ceasefire proposal by the Egyptian government

The ceasefire proposal presented by Egypt on July 14 proposes that (1) Israel’s aerial bombings of Gaza and Hamas’ rocket attacks against Israel should stop unconditionally by 9 am, July 15, and (2) Representatives from both sides should start consultation in Cairo within 48 hours and strive for an agreement. Besides, the ceasefire proposal makes consideration to Hamas and conditionally grants Hamas a permission to pass through Rfah border control station.

Hamas officially rejected the ceasefire proposal on July 16. The reason for the refusal appears to be Hamas’mistrust toward the Egyptian government. The current Egyptian government criticized former President Morsi whose support base was the Muslim Brotherhood fromwhich Hamas emerged for “hijacking the Arab Spring revolution, causing deterioration of public security, strengthening authoritarianism by drastic Islamization and deepening economic deterioration caused by poor economic po licy and stagnant tourism” and deprived him of the presidential power. The government also arrested a great number of people including the Muslim Brotherhood leaders. As the result, the current Egyptian government has almost no connection with Hamas. Nevertheless, the Egyptian government said, “No one wants to see citizens sacrificed. We are going to mediate based on our historical responsibility and our desire for peace,” and started the mediation. Even more important reason for Hamas’ refusal of ceasefire appears to be Hamas’ ambition “to publicly demonstrate a stronger posture against Israel than Fatah which supports Palestinian President Mahmoud Abbas through continuation and escalation of battles, eventually expel President Abbas and control the entire Palestine including the West Bank of River Jordan.

Battle for liberation of Egyptian border with Gaza

Hamas actually demands improvement of the status of Gaza that is currently under seize, liberation of the border line with Egypt and free travel and trade.

The current Egyptian government completely destroyed hundreds of underground tunnels for smuggling (see footnote) which are considered “hazardous” – tunnels which Hamas that had a close relationship with former Morsi government utilized to procure foods as well as arms and ammunitions (including smuggled arms from Libya).

Hamas smuggled not only foods and arms but also Hamas militants to Egypt through the tunnels, liberated prisons where Morsi was imprisoned during 2011 revolution, and engaged in activities to bring Egypt under Muslim Brotherhood’s influence. 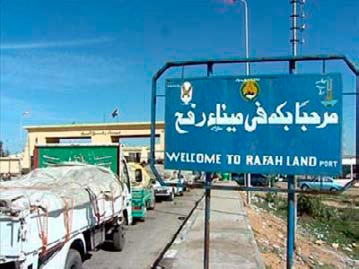 Rafah Crossing. top Egyptian official said that Egypt was willing to permanently open the Rafah crossing under the condition that it would be supervised by the national unity government of Palestine. （Jun 5, 2014）

The current Egyptian government is well aware of this fact and destroyed all tunnels near Rafah border control station in order to cut off the relationship between the Muslim Brotherhood in Egypt and Hamas. It is suspected that Hamas rejected the ceasefire proposal because the proposal did not include specifics about liberation of border with Egypt.

However, President el-Sisi of Egypt, is fully aware of the essential characteristics of Hamas and its parent organization, the Muslim Brotherhood, and is expected to avoid repeating the past mistake and firmly maintain his posture to completely eliminate the presence of Hamas from Rafah border control station and its vicinity.

Hamas is an Islamist political party in Palestine and was established by Ahmad Yasin in December, 1987 on the foundation of the Palestine branch of the Muslim Brotherhood as a parent organization. The Muslim Brotherhood aims at “establishment of an Islamic nation governed by Sharia, not by a secular law” and Hamas also seeks for an Islamic nation and place importance on sharia.

In reality, Hamas was established as an organization for armed struggles for the Brotherhood’s Palestine branch. Therefore, it is not inclined to restrain use of force and actually carried out many terrorist attacks including suicide bombings in the past. It has been pointed out that Hamas came to control Gaza using threat of force although elections were held. The United States and Israel both designate Hamas as a terrorist organization.

The recent clashes revealed terrorist characteristics of Hamas. First, Hamas leaders escaped quickly and went underground leaving local residents behind. Second, they deliberately deployed rocket artilleries densely populated areas near residential houses, schools and hospitals. These facts about the clashes do not indicate a posture to protect residents in Gaza. They rather indicate terrorist characteristics to use and sacrifice residents as “human shields” without hesitation.

The international society hopes that Hamas agrees to engage in ceasefire negotiations. In response to Israel which advocates right to self-defense, the United States only urges restraint on Israel’s military actions. Egypt hopes that Hamas agrees to its proposal and engage in the negotiations. President Abbas would not desire additional sacrifice of residents in Gaza.

Hamas probably does not desire to be identified with the international terrorist groups Al Qaeda, Taliban, Boko Haram, Islamic State which recently declared establishment of a nation, or Al Shahab in Somalia. It has been reported that Islamic State of Iraq and Syria (Islamic State) threatened Christians in Mosul, second largest city in Iraq, to convert, pay poll tax or evacuate from Mosul and implied to kill those who do not choose one of those options, saying, “Those who remain will have no choice but to face swards.” Establishment of a nation through an anachronistic strategy reminiscent of motto “sword orKoran” only brings division and internal struggles within the Islamic society.

Expectation for ceasefire negotiations through mediation by Egypt 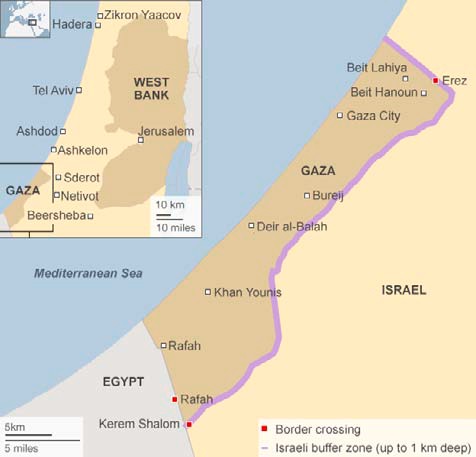 There seems to be no exit for struggles between Israel and Hamas. Arab League is expected to play a role in mediation, but it is very difficult for the League to come to a unified view on this due to discord between Qatar that is pro-Hamas and Egypt and Saudi Arabia that are anti-Hamas, anti-Muslim Brotherhood.

President Obama, who has sided with the Muslim Brotherhood in the past, is under pressure to shift to a realistic foreign policy based on recognition of essential characteristics and danger of the Brotherhood and Hamas. President Erdogan of Turkey appears to have an intent to criticize President el-Sisi and lead ceasefire negotiations favorable to Palestine. However, it is more urgent for him to make efforts to stop civil wars in Iraq.

In the current Middle East situation, it is desirable that the president of Egypt who gained insight into essence and danger of Hamas through battles and historically built a good relationship with Israel makes mediation efforts beyond the limitation of Arab League.

Footnote: Underground tunnels for smuggling
The Egyptian military which deprived then-President Morsi of his power destroyed 343 underground tunnels for smuggling dug between Egypt and Gaza in the autonomous areas of thePalestinian by August 23. They destroyed additional 52 tunnels on August 24. As Israel continues to seal the border between Gaza and Israel, tunnels for smuggling have been considered as a life line for Gaza. The interim government decided to destroy tunnels to prevent flow of arms and extremists from Gaza to Sinai Peninsula. The Egyptian authority closed down Rafah border control station which is a front entrance to Egypt. The restriction on passage through Rafah border control station was relaxed as the security situation in Egypt improved.